The milled steel oiler was manufactured unchanged from the begin until the mid-war period in that appears the simplified milled oiler, which has the upper part fixed in place rather than threaded, doubtless in an attempt to simplify the production. I've observed the simplified oiler in kits from 1943 and 1944. On these simplified kits we can observe the evolution of the finishing, which is increasingly crude.

Generally the milled oiler were marked by the manufacturer, although not always and in the same way, so it is interesting to know some peculiarities from every manufacturer. Interestingly, each manufacturer left their machining mark on the bottom of the oiler (of course this is not a "must be so") and this, when found an unmarked oiler, can help us to know the maker of the oiler

All the G. Appel observed oilers have a high grade finish. The G. Appel oilers have the peculiarity that, except the pre and early war oilers, normally have the washers made from rubber instead of leather. All other manufacturers used only leather.
Normally, they are marked with the firm's name, number code "64" (1938/39 to 1941) or letter code "cnx" (from 1941) and sometimes with Waffenamt WaA20. Seems that the comercially made oilers were not marked, although this is very hard to confirm.﻿

"Hawig" marked their their kits with their name only (without year of manufacture) and from 1941 with the letter code "cmr". 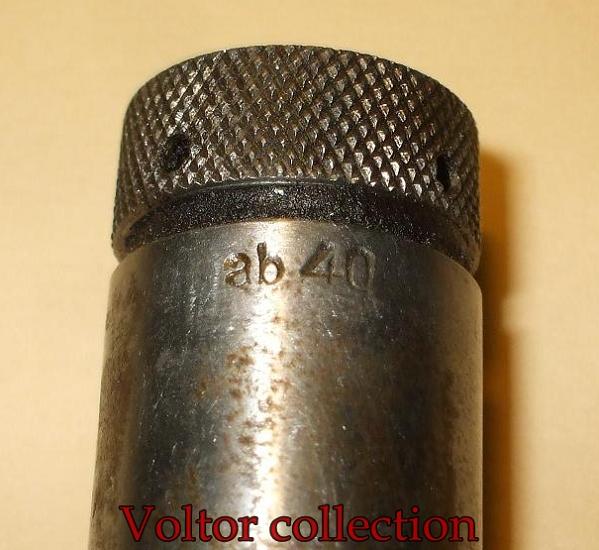 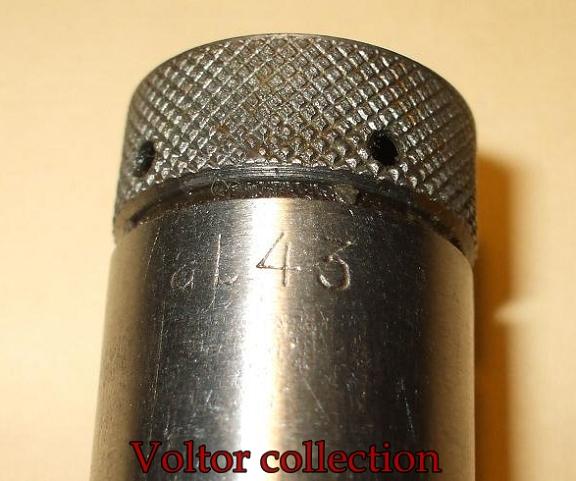 Personally, I never seen an "arr" marked oiler and I'm from the opinion that at first possibly used only phenolic oilers, and also simplified milled oilers (with crude finish) and stamped metal oilers at late stage production. Of course, more research is needed.