The Reinigungsgerät 34 or cleaning device 34 was officially introduced in the German army on 4th September 1934. According to its manual was designed for use in all type of weapons (pistols, rifles, Mpi's and Mg's) from 7,9 to 9,0 mm caliber.

Each German soldier carrying a weapon should have a Rg 34 within his equipment and it was used by all branches of the Wehrmacht on all fronts. It appears that the Rg 34 carried out his function perfectly and there was no intention to switch to other model or type of cleaning kit, and except for the simplification of some of its components with the aim of reduce costs and increase production, remained unchanged until war's end.

The Reinigungsgerät 34 was comprised of:

The Rg 34 was primarily used just for cleaning the barrel and not for an overall cleaning of the weapon The exception of this is the takedown tool, that was for use only with the k98 receiver. The instructions necessary to accomplish the general cleaning as well as information about assembly and dissasembly, care, lubrication, etc always were included within the specific manual to each model of weapon.
﻿﻿

Sometimes for cleaning a particular model of weapon, a special tool or cleaning equipment were provided with the weapon, for exemple the Reinigungsgbürste zum Gaszylinder für Stg44 or cleaning brush for the gas tube of the StG44, for to use with the cleaning chain.


The Rg 34 was designed for a regular use both in the barracks like in field but when a special cleaning was need, for example due an extreme fouling, have to send the weapon to the unit's armourer.


The fact that the companie of Gustav Appel from Berlin was granted with the patent of the oiler in 1933, manufactured the kit from the beginning, produced comercially sold kits (and for to export also) and was the only maker of the Rg 34 für Kal. 5,4 and Rg 34 Lg, suggests that this firm was the designer of the Rg 34. Other companies were involved in the production of full kits.

The list of known manufacturers of complete Rg 34 would be:

A map with the knows firms involved in the manufacture of the Reinigungsgerät 34: 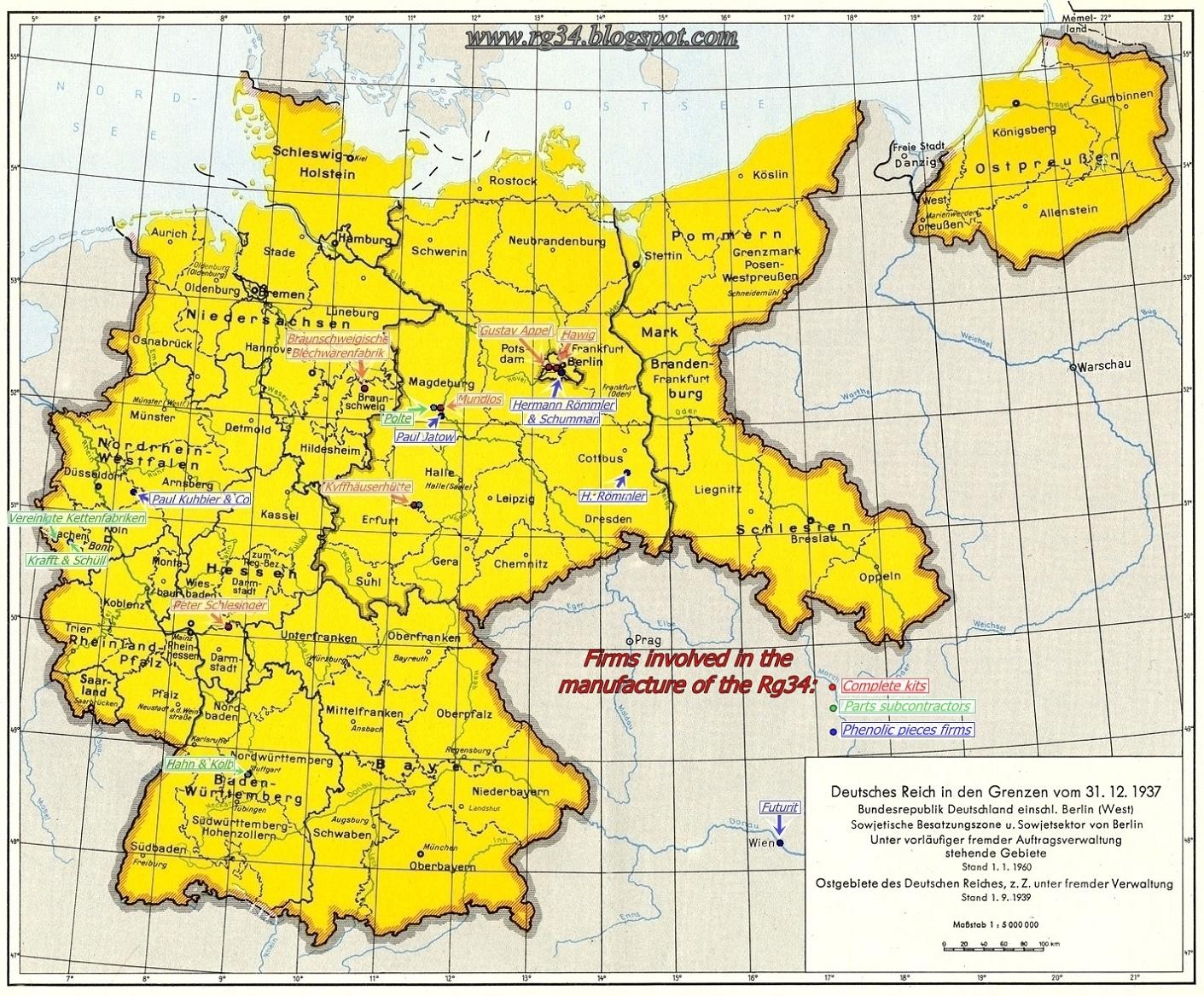